You are here: Home / Mindset / Goals 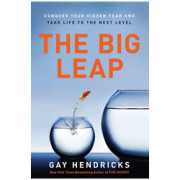 The Big Leap by Gay Hendricks

I’d heard of this but then started seeing references to it “everywhere” – a sure sign it was time to read it! I couldn’t put it down and allowed myself the luxury of reading and being inspired for hours.

I was aware of the concept of being in our Zone of Genius and of course in my mentoring/coaching I spend much time working with clients on “limiting beliefs” but the way Gay Hendricks explains the 4 – yes, just 4 – Upper Limit Problems that prevent us living a life of abundance, love and success really resonated and I could see that one was still in play after all these years and $s spent on personal & spiritual development.

In the process of reading – combined with listening to Denise Duffield-Thomas (author of Get Rich Lucky Bitch) – I came up with a complete new business model that truly has me in my Zone of Genius and encapsulates everything I love, have done, learnt and aspire to thus far.

If you have a knowing that you can be more, do more and have more but feel as though you are operating with a limiter in place read this book.

July’s Top 5 Books of the Month

Here are the top 5 books of the month that are a must for your summer reading list. There are books here that make you think, better yourself and help you get what you want in life.

END_OF_DOCUMENT_TOKEN_TO_BE_REPLACED

Think and Grow Rich is the most important financial book ever written.

Napoleon Hill researched more than forty millionaires to find out what made them the men that they were. In this book he imparts that knowledge to you.

Once you’ve read this book you will understand what gives certain people an edge over everyone else. By following the advice laid out clearly in this book you’ll be the one with an edge. It’s time to stop wondering what it’s like to be rich and start knowing.

This book will change your life!

You can learn more and get practical help via www.The909090Plan.com

There is never enough time to do everything you have to do. You are literally swamped with work and personal responsibilities, projects, stacks of magazines to read, and piles of books you intend to get to one of these days – soon as you get caught up. But the fact is you are never going to get caught up” – Brian Tracy Get your priorities right.

Do the hardest thing first…
and soon you’ll find your blasting through the old blockages that stood in the way of you achieving results in many areas of your life.

Way Of The Peaceful Warrior

An amazing book and inspiring movie.

Dan Millman’s book provides the example of a teacher that many of us meet, but few of us realise we’ve met till years later.

It speaks to the hero’s journey and the journey to happiness.

Good luck on your path. 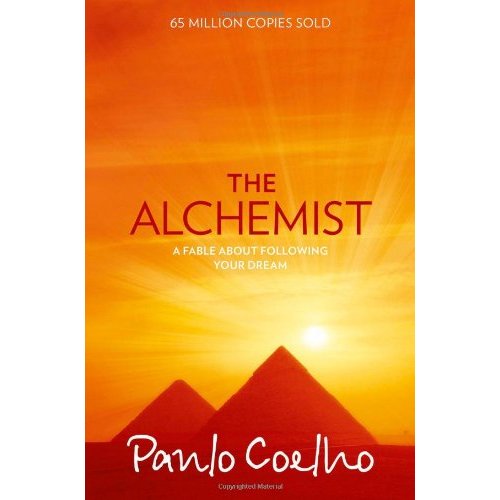 Full of useful little metaphors and stories which inspire/cause you to question your current path. This book is well written, intelligent and weaves together a wonderful mix of tales, intentions and concepts that leave many people inspired through its simple elegance.

The Alchemist presents a simple fable, based on simple truths and places it in a highly unique situation. The ancient tribal storytellers knew that this is the most successful method of entertaining an audience while slipping in a lesson or two. Brazilian storyteller Paulo Coehlo introduces Santiago, an Andalucian shepherd boy who one night dreams of a distant treasure in the Egyptian pyramids. And so he’s off: leaving Spain to literally follow his dream.

Along the way he meets many spiritual messengers, who come in unassuming forms such as a camel driver and a well-read Englishman. In one of the Englishman’s books, Santiago first learns about the alchemists–men who believed that if a metal were heated for many years, it would free itself of all its individual properties, and what was left would be the “Soul of the World.” Of course he does eventually meet an alchemist, and the ensuing student-teacher relationship clarifies much of the boy’s misguided agenda, while also emboldening him to stay true to his dreams. “My heart is afraid that it will have to suffer,” the boy confides to the alchemist one night as they look up at a moonless night.

“Tell your heart that the fear of suffering is worse than the suffering itself,” the alchemist replies. “And that no heart has ever suffered when it goes in search of its dreams, because every second of the search is a second’s encounter with God and with eternity.”

You may also enjoy:

If you know a great book or piece of writing which you think should be included, please get in touch.
Scroll to top